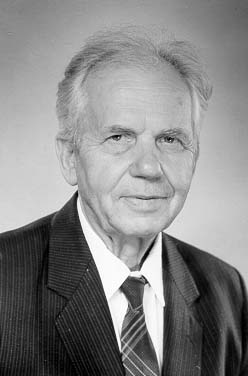 One of the oldest employees of the institute, laureate of the State Prize of Ukraine, Professor Bohdan Ilyich Simenach, died on October 7 at the age of 100.

Bogdan Ilyich was born on June 20, 1921 in the village of Synevidne, Skole district, Lviv region. In 1947 he graduated from the Lviv Medical Institute. He worked as the chief physician of the district hospital, served in the Soviet Army, and in 1966 – 2010 he worked at the Institute. E. Small. Bogdan Ilyich studied the problems of orthopedic arthrology, the genesis and treatment of hereditary joint diseases, the theory of orthopedic science. He was one of the best specialists in Ukraine in the field of diagnosis and treatment of knee pathology. For the development of methods of surgical interventions on the joints, Professor BI Simenach in 1996 received the State Prize of Ukraine. He raised many students and established his own scientific school.

The staff and administration of the State Institution “Institute of Spine and Joint Pathology. Prof. E. Sytenka “deeply mourns the death of Bohdan Ilyich and expresses his sincere condolences to his family and friends.

The memory of Bohdan Ilyich Simenach will forever live in the hearts of his students, friends and colleagues.