The scientific department of minimal invasive and instrumental spinal surgery was founded in 2001 on the basis of the vertebrology department of Sytenko Institute, Since that time the department has been headed by Honored Worker of Science and Technology of Ukraine Professor Volodymyr Radchenko, D.Med.Sc.

The department works on the development of new scientific direction of studying intervertebral disks regeneration with application of autologous transplants of disk’s cells.

Together with «Vostok-N» company there were developed metal transpedicular constructions of «MOST» system, instruments and techniques of spine stabilization that are used in surgical treatment of traumatic injuries, degenerative and oncology spine diseases.

The department studies peculiarities of application of so called dynamic fixators in surgical spine treatment. The department specialists work out new modern methods of scoliosis and spondylolisthesis treatment. A special «growing» construction «MOST-2» was developed by the department staff for spine correction and fixation for children between 8 -12 years old. This device for polyseg-mental fixation was approved by the STI of Ukraine as the best invention of 2001 in Ukraine.

There are several international scientific organization that work on the basis of the department, and department specialists are members of these establishments, in particular: World Spine (board of directors), ISMISS (International Society for Minimal Intervention in Spinal Surgery, European Secretary), ISLASS (International Society of Laser Assisted in Spinal Surgery founding member), AAMISMS (American Academy of Minimally Invasive Spinal Medicine and Surgery), Ukrainian Association of Minimal Invasive and Instrumental Spinal Surgery (founding member).

The Department of Diseases and Spinal Injuries was established in 1965. In different years, the department was headed by Prof. Mykola Ivanovych Khvysyuk (1965 – 1977), Ph.D. Professor Gennady Khurlampovich Gruntovsky (1977 – 2005), since 2006 the department has been headed by MD. Volodymyr Kutsenko. Historically, surgical methods of treatment have been the main direction of treatment in the Department of the Spine Diseases and Injuries.

From 1965 to the present, spinal surgery has grown from its initial state into the highest field of orthopedics. For the first time in the 1970s, the technology of open anterior repositioning of the displaced vertebra and interbody spondylodesis in patients with spondylolisthesis was developed, which has been successfully implemented in surgical treatment worldwide. At the same time, a range of endoprotheses has been developed for the treatment of various spine formations with its injuries. Since the end of 80s, a new direction has taken an important part in scientific research i.e. the treatment of bone pathology with the use of biologically inert ceramics, these studies continue their improvement nowadays. In recent years, new data on the role of vertebral-pelvic imbalance in the etiology and pathogenesis of spondylolisthesis, mechanisms of spinal canal stenosis has been obtained.

The hardest patients from all over Ukraine and other countries are gathered in the department of vertebrology. Surgical treatment of injuries and pathologies of the spine after injuries, spondylolisthesis, osteochondrosis, instability, tumors is performed. A wide range of surgical interventions is used – from semi-closed operations on intervertebral discs to total removal of vertebrae in oncological diseases. In surgical interventions implants, endoprostheses from different types of ceramics, devices of transpedicular fixation of foreign and domestic manufactures are widely used.

The most significant achievements of the department are fundamental, theoretical and experimental studies of degenerative-dystrophic diseases and spinal injuries that have led to the development of vertebral surgery.

The department has published 5 monographs, more than 500 scientific works, obtained more than 50 copyright certificates and patents. 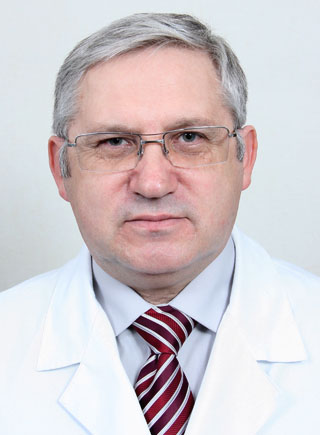 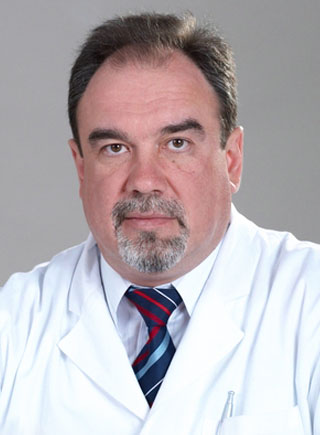 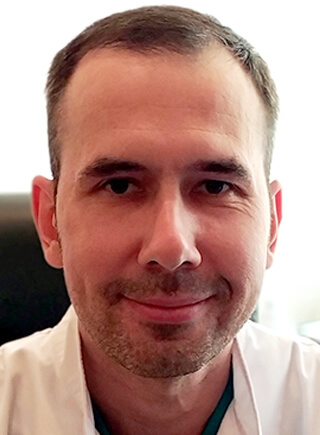