Orthopeadic Arthrology and Arthroplasty Department was found on the 6th of September 1947 in Medical Mechanical Institute. 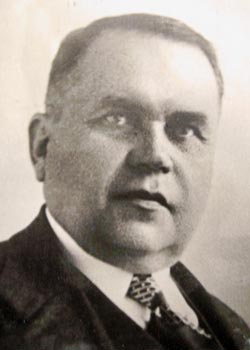 Founder of the largest school of orthopeadists, traumatologists, one of the organizers of health care in our country. He organized the first department of orthopedics and traumatology, created the journal “Orthopedics, Traumatology and Prosthetics”. Offered and detailed more than 15 original surgeries. He is the author of the idea and the initiator of the establishment of a sanatorium school for children with orthopedic pathology. At his initiative, the first Ukrainian congress of orthopedists and prosthetists was held. 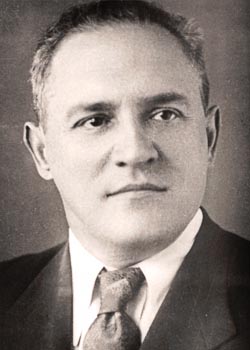 He has worked out and improved several directions: bone regeneration, bone grafting, reconstructive joint surgery, surgical treatment of bone tumors, antibacterial and surgical treatment of patients with bone tuberculosis; amputation and prosthetics. He worked as editor-in-chief of the journal “Orthopedics, Traumatology and Prosthetics”. 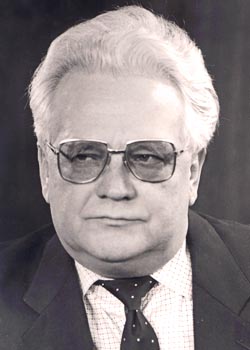 He is one of the founders of national orthopedics-traumatology. Under his initiative, new materials for internal (ceramics) and external fixation (braces, rod devices) were studied, and joint replacement was started. The material accumulated by him regarding heterotopic ossification made it possible to identify the causes of the occurrence of ossificates and to reveal the individual mechanisms of their pathogenesis. The acquired basic knowledge in the field of bone regeneration has helped many doctors to improve the treatment of bone fractures. In 1977 he was awarded the USSR State Award for developing and implementing the technique of large bone allografing. 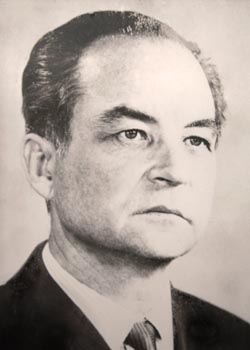 He studied joint pathology, the problems of bone tuberculosis, developed methods of rehabilitation of the hip joint in the conditions of congenital hip dislocation and tuberculosis processes. 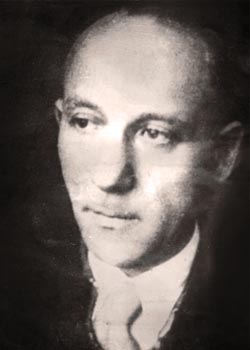 Together with prof. M. Sytenko they organized the first orthopedic pediatric center in Ukraine. He was engaged in the development of a survey system for an orthopedic patient. He has much credit for conducting a fundamental study of bone regeneration process. 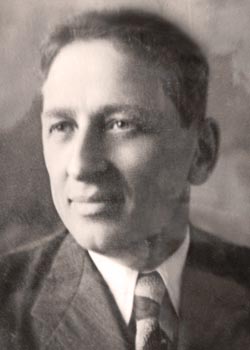 He was engaged in chronic diseases of the musculoskeletal system, in particular rheumatoid and dystrophic diseases, its surgical treatment, skin plastics, studied industrial and agricultural traumatism, worked on the problems of treatment of dislocations and fractures of bones, especially inflammatory ones, and their consequences. 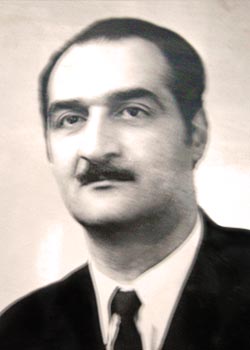 He was head of Orthopedics and Reconstructive Surgery department of Kharkiv Institute of Traumatology and Orthopedics. prof. M. Sytenko, was the chief traumatologist in Kharkiv region. He developed two surgical approaches (transpleural to the thoraciv vertebral bodies and combined pubic-femoral), a method of fixation of bones (et al. O. Korzh), a method of “half-open” achillotomy. He dealt with pelvic surgery, osteogenesis and regeneration. 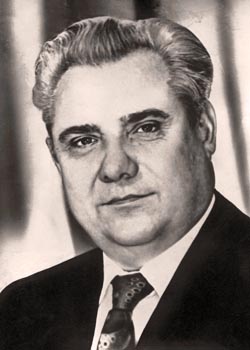 Thanks to strong proposals, he improved the treatment of patients with pelvic tumors, expanded rather complicated surgical interventions. Has developed new ways of salvage and restorative operations on the pelvic bones. In co-authorship with O. Korzh and engineer D. Sereda, he conducted scientific research in Ukraine for the first time, and then designed a new hip joint implant. He was awarded the title “Honored Worker of Science and Technology of Ukraine”.