Sytenko Institute is the oldest scientific and treatment establishment in Ukraine, created in 1907 on the decision of the mining industry workers congress of the Southern part of Russia in order to treat workers with traumas received at mining industry plants, Karl Fedorovych Vegner was the first director of the Institute. He was an outstanding organizer and a talented scientist, who managed to turn a private, specialized organization into a scientific orthopedic establishment, He was the first in Russia to use the method of continuous spine elongation in 1910, introduced his experience into the traumatology of the military times: a specialized hospital for 300 beds was opened in 1915, where K.F. Vegner headed the medical department.

In 1925, the Institute was expanded and reorganized into the Ukrainian Research Institute of Orthopedics and Traumatology, which functioned as the central institute of the republic.

In 1926, Mykhailo Ivanovych Sytenko was appointed the director of the Institute. He was a young and energetic person, talented scientist, skillful organizer of national scale, excellent professional. His name is associated with the reorganization of the Institute into one of
the leading medical establishments of Soviet orthopedics, M.l. Sytenko founded a network of orthopedic clinics and scientific departments in many regions of Ukraine, along with the foundation of orthopedics and traumatology department in the Medical Institute of Post-Graduate Education.

In 1927, the Institute started publication of the journal “Orthopedics and Traumatology”.

For the first time the state government considered a question of traumatism and locomotor system diseases prevention. A system of early orthopedic examination of newborn children was introduced at the time, as well as early treatment of juvenile orthopedic pathology The necessity of plaster technicians was grounded. During that period of time there were the following outstanding specialists working in the Institute – V D. Chaklin, V O. Marks, B. K. Babich, F Je. Eljashberg, L.R Nikolajev, O.V Nedrygajlova and many others. 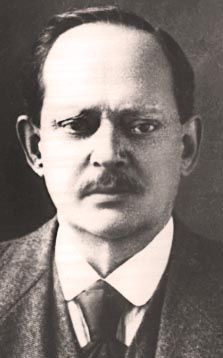 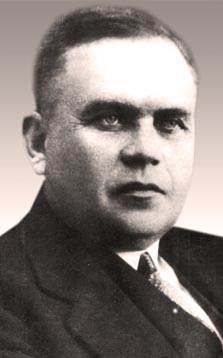 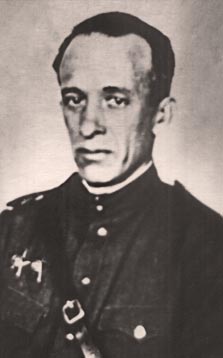 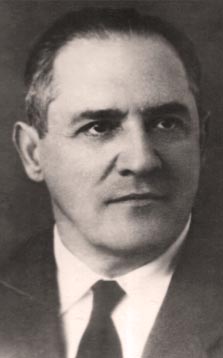 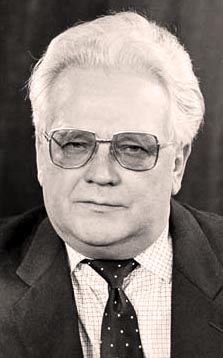 In 1940 Jakiv Grygorovych Dubrov became the director of the Institute and the chief editor of the journal “Orthopedics and Traumatology”. During the WWII, the Institute was reorganized into evacuation hospital N3348 and relocated to Novosybirsk. Ja. G. Dubrov voluntarily joined the army, and after demobilization he headed the orthopedic service of Moscow region.

The majority of Institute staff was mobilized during the first day of the war, and served as head surgeons of military commands and evacuation centers.

In 1943, an outstanding scientist and surgeon Mykola Petrovych Novachenko was appointed the director of the Institute, he was also a student and follower of M.I. Sytenko.

At that time the Institute had many challenging targets to be reached: rehabilitation treatment of military traumas, poliomyelitis, industrial, agricultural, pediatric traumas, etc.

In 1965-1996, the Institute was headed by Academician Oleksij Oleksandrovych Korzh, a member of the NAS and the AMS of Ukraine, the AMS of USSR.

Partial re-specialization of the Institute (after being Research Institute of Prosthetics, Orthopedics and Traumatology) contributed to the high qualification of the specialists in the sphere of prosthetics. The Institute specialists developed the prostheses, which were awarded to diplomas and medals of the NEAE of the USSR and international exhibitions.

In this period of time the orthopedic vertebrology received its development on the basis of the Institute.

The result of comprehensive scientific researches was widespread introduction of alumina ceramics in medical practice, development and introduction in practice of regional intensive care and wound preservation concept, system and constructions of pin distraction and compensation, high-performance methods of functional treatment of bone fractures, express ortheses, preservation of bony and other tissues and their further transplantation (The State Prize of USSR, O.O. Ko-rzh, 1977); development of problems of pelvis surgical treatment, issues of orthopedic oncology, scoliosis treatment, pioneer researches in the field of arthrology (The State Prize of Ukraine, M.l. Kulish, B. I. Simenach, 1996), research of osteoporosis treatment problems. Theoretical developments of the time were dedicated to analysis of the problems of the bony and cartilage tissue regeneration, influence of stress at functioning and structure of the locomotor system, development of the theory of hereditary inclined (dysontogenetic) joint diseases. There were theoretical and clinical researches made to study the effect of load in development of dystrophic joint alterations.

In 1996, Professor Mykola Oleksijovych Korzh was appointed the director of the Institute. The beginning of his work as the director of the oldest medical establishment in the country coincided with the difficult time of state formation, political and economic changes, reformation of science and healthcare,

Academician Oleksij Oleksandrovich Korzh is an outstanding orthopedist, well known both in Ukraine and abroad.

The Institute became a part of the National Academy of Medical Sciences in 2000 and is the main scientific institution dealing with the problems of pathology of the spine and joints and performs the relevant coordination work on research and organizational activities in this field. 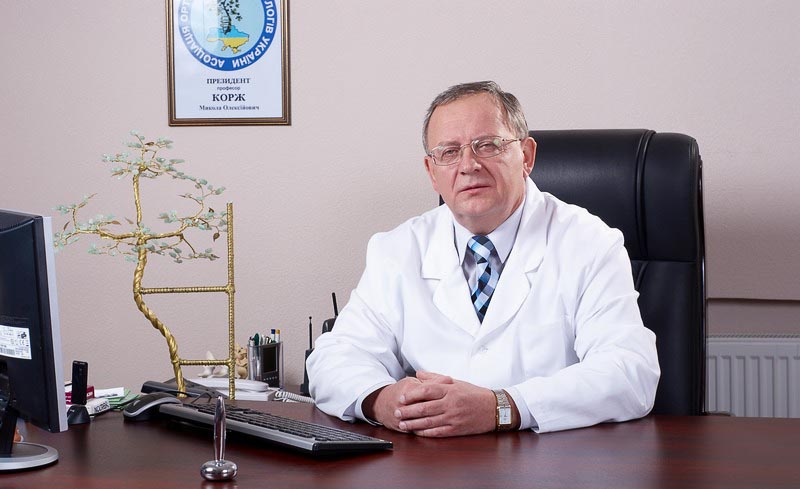 KORZH Mykola, Director of the Institute, MD, professor, honored member of Science and Technology of Ukraine, chief of the Department of traumatology, orthopaedics and combustiology in Kharkiv Medical Postgraduate Academy.